England have been drawn to face Italy, Uruguay and Costa Rica in the group stage of the 2014 World Cup in Brazil.

Roy Hodgson’s men open their campaign against la Squadra Azzurra in Manaus on 15 June. After that they travel to Sao Paulo to take on Uruguay before meeting Costa Rica on June 24 in Belo Horizonte, where they were stunned by the United States in the 1950 World Cup.

Five-time champions Brazil face Croatia, Mexico and Cameroon in group A. The hosts will get the tournament started against Igor Štimac’s men in Sao Paulo on 12 June.

Holders Spain were pitted against the Netherlands, Chile and Australia while Colombia were drawn with Greece, the Ivory Coast and Japan.

France, the 1998 winners and 2006 runners-up, will play Switzerland, Ecuador and Honduras in arguably the weakest group.

In group F, two-time champions Argentina are unlikely to fear Bosnia Herzegovina, Iran or Nigeria while Germany, ranked number two in the world, must navigate their way past Ghana, the United States and Cristiano Ronaldo’s Portugal.

In group H, Belgium take on Russia, South Korea and Algeria who beat Burkina Faso 1-0 in the second leg of their play-off clash in November to qualify on away goals after a 3-3 aggregate draw.

As with every World Cup since 1998, teams must finish in the top two in their group to qualify for the knockout phase. 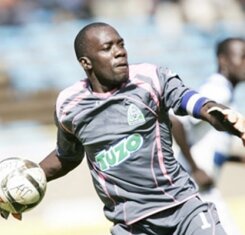