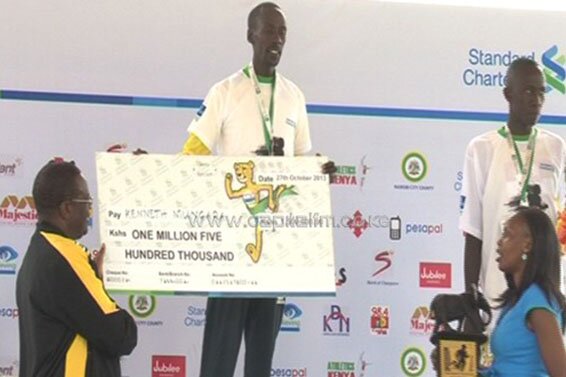 Mung’ara was crowned winner in the men’s race after clocking 2 hours, 12 minutes and 28 seconds in the full marathon of 42 kilometers followed by Hosea Korir.

Winfridah Kwamboka won the women’s race of 21 kilometers followed by Florence Chepserek and Agnes Cheserek who finished in third position.

In the women’s category, Goreti Jepkoech emerged top followed by Agness Chebet and Pascalia Chepkorir in that order.