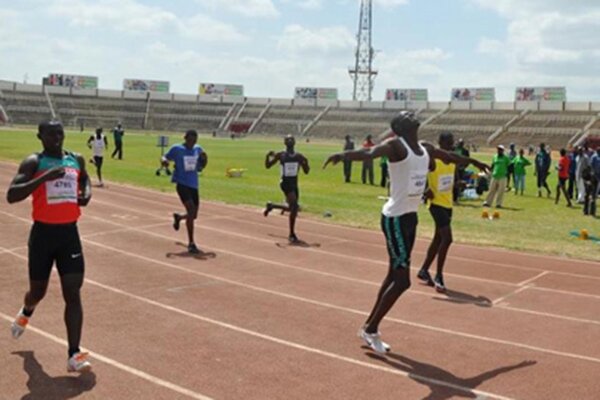 Its all systems go as Athletics Kenya embarks on a bid to select a team to represent Kenya in Maputo and Daegu South Korea.

The trials are slated to kick of on Thursday 14th through Saturday 17th at Nyayo National Stadium.

Athletics Kenya Chairman Isaiah Kiplagat said the trials have seen the largest number of entries ever in the history of the competition with a record 783 registered athletes. He reiterated that all ratified rules and regulations governing the sport has to be observed to the later with all athletes geared  to meeting international qualifying standards.Kiplagat, observed that all renowned athletes and record holders  have to go through the rigorous exercise of participating in the trials except only when selectors deem fit to okay the wildcard.

The trials and championships will be graced by 50 sprinters from Seychelles and a good number fromUganda.The move is billed to shore up Kenya’s erratic performance in short distance races.

Mr. Kiplagat lauded Kenya’s team that conquered the world in World Youth Championships in Lille, France on their spirited sterling performance. The youth team finished second behind giants United States by a single gold medal. He called for the need of the team to be retained until 2012 or 2016 Olypimics.He however, cautioned the athletes on dopping and that those found liable of imbibing the banned substance would be treated with contempt it deserves.

Chief among the highest entrants are; The Defence forces with 142 athletes, 71 male and 71 female. It is closely followed by Kenya Prison with a total of 106 athletes 56 male and 49 female. Kenya Police has 90 athletes 47 male and 43 female. Nairobi province leads the pack on regional representation with 53 athletes followed by North Rift Region.

The event will witness the bigwigs in athletics realms spoiling for a ticket to once again hoist Kenyan flag in big stage. Notable stalwarts are reigning 800 meters record holder David Rudisha,Vivian Cheruiyot, Janeth Jepkosgei ,Milcah Chemoss among other athletes of big repute.